Image Verification and My Cousin Vinny 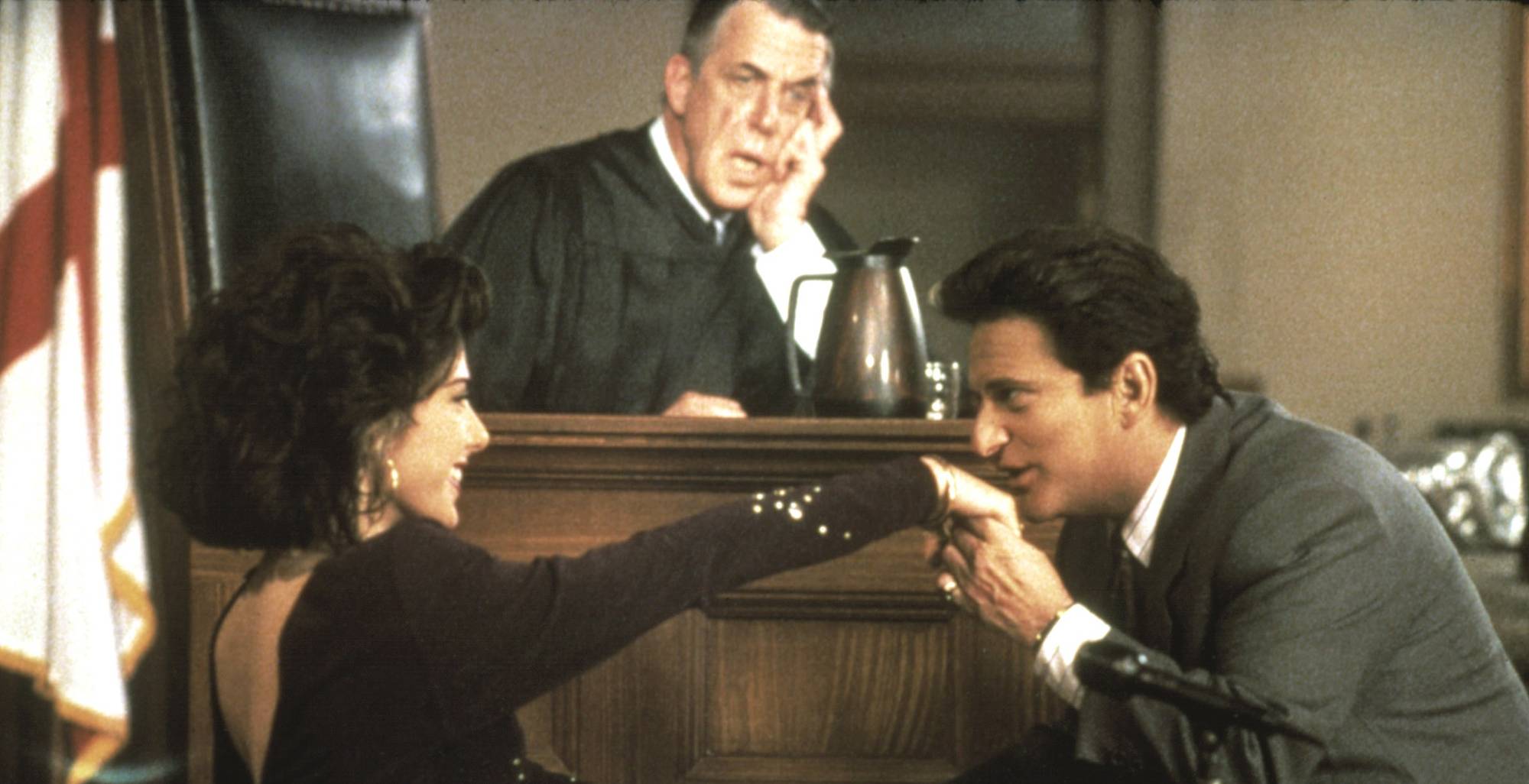 The National Forensic Science Technology Center (NFSTC) under a cooperative agreement from the Bureau of Justice Assistance (BJA) promulgated and distributed “A Simplified Guide To Crime Scene Photography Introduction” (the “CSP Guide”) several years ago, that beyond providing an excellent overview of the purposes and standards associated with crime scene photography captures the readers’ attention by cannily alluding to popular imagery.[1]

From the guide: “Anyone who has seen the movie MY COUSIN VINNY (1992) knows how a snapshot can save the day. In the film, inexperienced New York lawyer, Vincent LaGuardia “Vinny” Gambini, travels to a small southern town with his fiancée, Mona Lisa Vito, to represent his cousin in a murder case. Mona Lisa’s incessant picture taking with a cheap pocket camera causes frustration throughout the film, but eventually produces a photograph that holds the key to the case.”[2]

In my “y-o-u-t-h”, using the term loosely, despite secretly loving this comedic classic, I begrudged it because it opened the door, for evermore for easy “My Cousin Vinny” jokes.[3] As a young attorney trying to engender professional respect, having to contend with an ethnic stereotype laden ribbing, often upon introductions, it was … irksome.

Today I see the film for the comedic gem it is. Vincent LaGuardia Gambini’s initial near-complete lack of knowledge of rules of procedure and photographic evidence and later his interactions with Mona Lisa Vito on and off the stand are cinematic gold.[4] 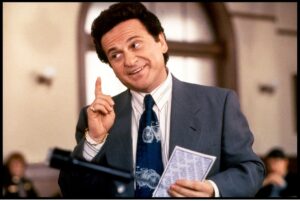 D.A. Jim Trotter: Objection, Your Honor! Can we clarify to the court whether the witness is stating opinion or fact?

Judge Chamberlain Haller : [to Lisa]  This is your opinion?

Vinny Gambini: I find it hard to believe that this kind of information could be ascertained simply by looking at a picture!

Mona Lisa Vito: Would you like me to explain?

Vinny Gambini: I would *love* to hear this!

Judge Chamberlain Haller: So would I!

Putting aside for the moment how much or how little the courtroom drama that unfolds in My Cousin Vinny resembles anything in the real world, it does illustrate nicely how important photographic evidence can be in a trial.

This brings us back to the CSP Guide. The CSP Guide notes that photography has been a forensic tool ever since a photograph was presented and allowed as courtroom evidence in 1851 and that crime scene photography and new technologies have expanded its use ever since.[5] The CSP guide artfully describes how crime scene photography that carefully follows procedures can lead to successful investigations because “[d]ocumenting all elements of a crime scene is a major stepping stone when trying to piece together what happened, how it happened, and who did it….[and notes that]…[e]ven in the most ideal situation, capturing photographic evidence can be challenging.”[6] 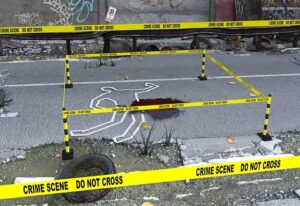 The CSP Guide also admonishes that “All photographs taken ..[must be]…saved as originally captured, entered into evidence inventory, and tracked…When submitted for courtroom use, the original photograph must be available for comparison and the technician or examiner must be able to show and describe any enhancements that were done, and why. When images are presented, they must be clearly identified as working and/or enhanced versions. The original camera sequential numbering system should be retained to show that images are in order and none have been removed. The working images should not be renamed until identified or selected for use, and original files should not be renamed at all.”[7]

One would hope that these standards are assiduously followed in every criminal trial from sea to shining sea whenever photographic evidence is of any import in a criminal investigation. Still even where they have been carefully followed further assurances of integrity and are desirable and necessary and CertifiedTrue was designed to help Police Departments and District Attorneys to meet the growing need for complete integrity. See also: Nassau DA Should Disclose Security of Online Portal Newsday Jun 18, 2020 — A new federal lawsuit has alleged Nassau’s district attorney and the county are trampling defendants’ rights”[8] 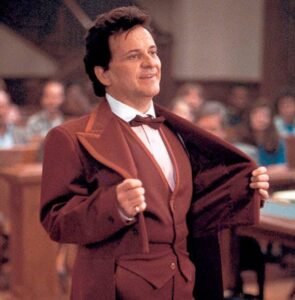 What is abundantly clear is that photographic evidence collected for and generally used for claims adjudication and Civil litigation generally doesn’t typically come close to meeting the standards recommended in the CSP guide.

Interestingly enough, the CSP Guide goes on to describe the types of equipment that ideally should be used by investigators and technicians including a good quality camera stating that “[e]ven with simple equipment, a first responder with introductory photography training can produce images of sufficient quality to support an investigation. Cell phones and other personal electronic devices with integrated cameras are not recommended unless their use is an operational necessity…The majority of evidence photography is now done using digital cameras and equipment.”[9] 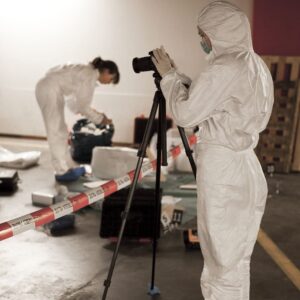 No doubt big-city police departments and federal agencies are using good quality digital cameras but at least anecdotally this writer believes that rural and suburban departments without big-city budgets may be making do with cell phones.

In any case, the CSP Guide continues that “To ensure the most accurate capture, processing and analysis of crime scene photographs, the management of criminal justice agencies and forensic laboratories puts in place policies and procedures that govern facilities and equipment, methods and procedures, and personnel qualifications and training. These Standard Operating Procedures (SOPs) are intended to maintain and demonstrate the integrity of the images and information captured at a crime scene and its admissibility in court. Crime scene photography SOPs ensure uniform processes are used by photographers and the information represented in the images accurately represents objects and conditions at the scene as they are found.”[10]

“[D]igital software exists that can make drastic changes to a digital image…This is why proper chain-of-custody procedure and workflow is necessary.”[11]

Here of course is the rub. In civil litigation and claims adjudication, the CSP Guide’s recommended standards are not even being loosely followed. This is where CertifiedTrue comes in. We are focused on eliminating the potential for image fraud by providing a platform built on proprietary technology, that enables certification and verification of digital images at inception so that they are reliable as evidence in court and for commercial purposes. 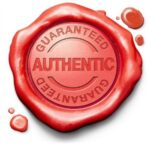 At the dawn of the introduction of photographic evidence in courthouses, a negative would generally serve to bolster the admissibility of a photograph.[12] It was proverbial proof of authenticity.[13] Today CertifiedTrue’s PhotoProof of a digital photograph serves to definitively establish that the digital photograph was taken at X time and Y place by Z person and that it has not been tampered with. Experienced trial lawyers will see the value of this application.

[3] My Cousin Vinny was advertised as “There have been many courtroom dramas that have glorified the American Legal System – This is not one of them!”

[12] Sisk v. State, 204 A. 2d 684 – Md: Court of Appeals 1964 “[E]xtrinsic evidence showed when, where, and under what circumstances the negative (and the enlargement thereof) was taken, and that it accurately portrays the subjects illustrated … the trial judge, obviously, decided it was sufficiently accurate to be helpful to him in deciding the case… we hold that both the negative and the photograph made therefrom were sufficiently authenticated, and therefore properly admitted into evidence.”

[13] The CSP Guide acknowledges that even negatives can be tampered with.

THE AGE WE ARE IN

The Impact of Fraud in the Insurance Industry